The UCLA SJP urged the student judicial board to investigate two members of the student government who had traveled to Israel on trips paid for by pro-Israel groups, in an effort to “prove” that the two were biased and should not have been able to vote on a resolution calling for divestment from investments in Israeli companies. The other initiative called on all students who wished to become a part of the student government to first take a pledge that they wouldn’t travel to Israel with the pro-Israel groups.


The UCLA administration’s initial response to the SJP initiatives was to punt.

UCLA encourages a climate of respectful engagement among students, faculty and staff, even in situations that are very difficult, painful and complex,” the statement said. “Student government functions independently, its proceedings proscribed by a constitution that makes available to students and student groups a process to review issues of alleged conflicts of interest. UCLA encourages all involved in this particular process to deliberate in an honest, respectful and inclusive manner.

That’s nice. But given the students were already past being anything close to respectful and inclusive, the pro-Israel groups were hoping the UCLA administration would take another look at the situation and respond with a little more oomph.

The groups did not have long to wait.

On Friday, May 16, the Chancellor of UCLA, Gene D. Block, issued a letter to the UCLA community. In his letter, Block paid homage to the freedom of speech, and explained that because the pledge was not something called for by the university and that no one was required to sign it, the SJP’s drafting and circulating the pledge was an issue of free speech.

Block also clearly explained that just because someone can say something does not mean they should say it. In other words,

just because speech is constitutionally protected doesn’t mean that it is wise, fair or productive. I am troubled that the pledge sought to delegitimize educational trips offered by some organizations but not others. I am troubled that the pledge can reasonably be seen as trying to eliminate selected viewpoints from the discussion. I condemn any remarks on social media or elsewhere that are disrespectful or hurtful.

Political speech that stigmatizes or casts aspersions on individuals or particular groups does not promote healthy debate but debases it by trying to intimidate individuals and groups. It does not strengthen the bonds of mutual respect and engagement that sustain a diverse community able to manage differences; it weakens them. If we shut out perspectives, if we silence voices, if we allow innuendo to substitute for reasoned exchange of ideas, if we listen only to those who already share our assumptions, truth gets lost, our intellectual climate is impoverished and our community is diminished.

Passionate debate is to be expected in a civil society, especially in a heated election season, but I am personally concerned any time people feel disrespected, intimidated or unfairly singled out because of their beliefs. Important issues will generate passions, even discomfort — that cannot be avoided. But if the political debate on campus gets more shrill and less nuanced, if hostility replaces empathy, if we see each other as enemies rather than as colleagues trying to figure out how to do the right thing in difficult circumstances, we will all be the lesser for it. It is possible to express strong opinions without belittling others.

For her part, Janet Napolitano, UC president, issued a statement also on the 16th, essentially joining in with Block’s position. She wrote that while freedom of speech is a highly valued principle, “other principles are also highly valued, including the principles of civility, respect, and inclusion.” Napolitano stated quite directly that the actions of the SJP students and their supporters (Jewish Voice for Peace, amongst others) “violate those principles.” 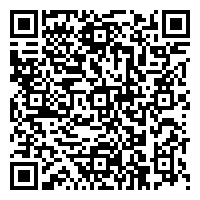