The first of its kind renewable energy workshop was recently organized by the UN Economic Commission for Europe (UNECE) together with Israel’s Agency for International Development Cooperation (MASHAV), and Ministry of Foreign Affairs.


Over time, countries across the world have been attempting to utilize their existing energy resources, find alternative energy sources and new technologies as demand only increases.

Throughout the five-day workshop, the high-level professionals visited various sites of renewable energy technology deployment across Israel, including the Hiriya Recycling Park and Arrow Ecology Environmental Management Services southeast of Tel Aviv to see how municipal facilities convert energy into energy. In the Arava, they also visited the Solar Thermal Power Tower and the Bio-Gas System Yotvata Dairy. The group also spent time in the north learning of solar panels water heating at Chromagen at Kibbutz Sha’ar Ha’amakim.

Workshop sessions also served as a platform for discussion of enhancing international cooperation in energy infrastructure and development, as well as financing and investment opportunities from public and private sources.

According to the UNECE, Israel’s sharing of its know-how in research, manufacturing, marketing and application of energy efficiency and renewable energy products, was very much appreciated by the experts who took part in the workshop and study tour.

The United Nations Economic Commission for Europe was established in 1947 and is one of the five regional commissions of the United Nations. It promotes pan-European economic integration and brings 56 countries together in its goals to promote sustainable development and economic prosperity. 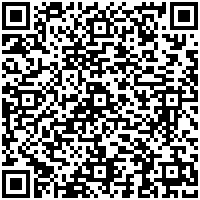