“In this case, the building contractors chose to hide the rare artifact and their action has caused painful damage to history. Legal proceedings will now be taken against those involved, thereby leading to a delay in construction and related expenditures.

“The proper way to operate in an ancient and important historic city such as Ashkelon is with transparency, openness and close cooperation between the property owners and the IAA. Only in this way will the development of the city be possible while protecting public assets, for the common good. The development of archaeological resources in Ashkelon and bringing the public into the city are now a major priority in the IAA’s work plan for the coming years,” he added.


Dr. Gabi Mazor, a retired archaeologist from the IAA and an expert on classical periods, described the carving on the sarcophagus.

“One side of the sarcophagus lid is adorned with the carved image of a man leaning on his left arm. He is wearing a short-sleeved shirt decorated with embroidery on the front. A tunic is wrapped around his waist. The figure’s eyes were apparently inlaid with precious stones that have disappeared and the hair is arranged in curls, in a typical Roman hairstyle.

“On the other side of the lid is a carved relief of a metal amphora (a vessel used for transporting liquids such as wine) from which there are intertwining tendrils bearing grape clusters and grape leaves.

“The sarcophagus itself, which was more severely damaged by the tractor, is decorated with, among other things, wreaths and images of bulls’ heads, naked Cupids, and the head of the monstrous female figure Medusa which includes remains of hair together with snakes, part of a commonly held belief in the Roman period that she protects the deceased.”

According to Mazor, “Such sarcophagi were usually placed in or next to a family mausoleum. The high level of decoration attests to the family’s affluence, which judging by the depicted motifs was probably not Jewish.” 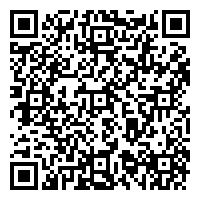