“Celebrating the graduation of 50 new volunteer medics who will help save lives in Jersey City is one of the most rewarding moments I have had,” said Eli Beer, president and founder of United Hatzalah of Israel, who flew to the U.S. for the ceremony. “Sharing the Israeli model of lifesaving from United Hatzalah with this new initiative in Jersey City will help all residents and visitors to the city and will inspire other communities to follow the lead of Mayor Fulop and United Rescue”.

With the goal of substantially decreasing emergency response times, United Rescue emergency caregivers are linked to the Jersey City Medical Center’s dispatch system using a GPS-based mobile app called NowForce. When a United Rescue caregiver receives an emergency call to a nearby location, he or she is dispatched through the app and arrive either by foot, bicycle, or a medically equipped motorcycle. This directly models United Hatzalah of Israel, implementing the Israeli technology and techniques to better service Jersey City residents.

Added Dovi Maisel, director of international operations for United Hatzalah, “This will make a tremendous impact on the way we think about emergency medical response and the vital role the community plays in improving the survival rates of people in need of emergency care”. 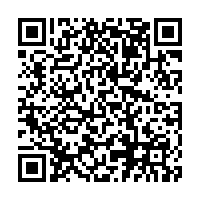