Incurring Lashes?
‘On That Day Rabbi Akiva Expounded’
(Sotah 27b)

The principle that a techum Shabbos is 2,000 cubits, explains Rabbi Akiva, is based on Bamidbar 35:5: “U’madosem michutz la’ir es pe’as kedmah alpayim amah – You shall measure from outside the city on the eastern side 2,000 cubits.”

R’ Eliezer disagrees and explains that this verse does not refer to techum Shabbos. Rather, it teaches that townships in the land of Israel must leave an open area of 2,000 cubits around them for use as fields and orchards.

The Gemara (30b) explains that this dispute centers on whether the law of techum Shabbos is Biblical. R. Eliezer does not interpret this verse as referring to techum Shabbos because he is of the opinion that the prohibition to travel further than 2,000 cubits on Shabbos is a rabbinic ordinance and is not derived from the Torah.

The Rosh (Eruvin 27) rules in accordance with R. Eliezer that the issur of techum Shabbos is mi’deRabbanan, and one who transgresses this law is not subject to lashes.

The Rif (Eruvin, end of first chapter) and the Rambam (Hilchos Shabbos 27:1), while agreeing that there is no Biblical prohibition to travel further than 2,000 cubits, maintain, based on the Jerusalem Talmud, that it is biblically prohibited top travel 12 mil (24,000 cubits) on Shabbos beyond one’s residence (or beyond the city), 12 mil being the breadth of the camp of the Children of Israel in the desert. This Biblical violation is derived from Shemos 16:29: “Al yetzei ish mi’mekomo bayom hashevi’i – Let no man leave his place on the seventh day.”

Tosafos (s.v. mar savar) note, based on Eruvin (17b), that the above verse is the source for the injunction according to those who view the techum as Biblical, which leaves us with a question: Why do we need two sources – Bamidbar 35:5 and Shemos 16:29?

The Rashash (ad loc.) suggests that the two verses are complementary. Had the Torah stated only, “You shall measure” and not “Let no man leave,” the violator would not be subject to lashes according to the view that techum Shabbos is Biblical since only negative commandments are punishable with lashes. On the other hand, the latter verse, “Let no man leave,” would not suffice to establish the law, because it makes no mention of the techum of 2,000 cubits. Thus, both verses are necessary.

Alternatively, the Netziv (Meromei Sadeh ad loc.) suggests that “You shall measure” teaches that the techum also applies to Yom Tov since “Let no man leave his place on the seventh day” could be interpreted as only referring to Shabbos. 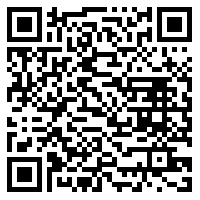