A University of Missouri (MU) fall 2015 honors tutorial that pro-Israel students felt would promote bigotry and misinformation on their college campus has been cancelled because of lack of interest.

“Perspectives on Zionism” was scheduled to be taught by self-proclaimed “post-Zionist” and “Nakba Jew-in-law” George Smith, a tenured biology professor who pushed for a curriculum that the instructor himself said would have included works by anti-Zionist authors such as Ilan Pappé. Smith also has accused Israel of ethnic cleansing.

I can now walk away with the knowledge that there is no interest among students [at MU] to take biased classes like Smith’s.

Smith has written dozens of columns and letters to the editor in the local and campus newspapers in Columbia, Md., equating Israel’s Independence Day with a Palestinian version of Holocaust Remembrance Day. He uses phrases such as “Zionist mythology” and accuses Israel of “colonization of the Occupied Palestinian Territories.”

He shows up at pro-Israel events and heckles the speakers. Earlier this year, when 25-year-old Israel Defense Forces reservist Hen Mazzig spoke at MU as part of the StandWithUs Israeli Soldiers Tour of the Midwest, Smith heckled him from the audience with hostile questions and accusations.

“[He said], ‘Why do you kill Palestinians? How many U.N. schools have you attacked?” Mazzig told the Chicago Tribune. “And at the end, he came to me and said, ‘How can you come here and defend Ashkenazi Jews—white Eastern European Jews—when you are an Arab Jew?’”

MU alum Daniel Swindell said Smith brought flyers to a talk by the Sderot Media Center’s Noam Bedein that made a joke out of the thousands of rockets that have been launched at Israel.

Smith has used his tenure to bring in anti-Israel speakers with university funding. Recently, six university depart-ments sponsored a talk by author Saree Makdisi, who has said it is more important to eliminate the Jewish state than to create a Palestinian one.

“He uses his reputation to get several departmental sponsors,” Albritton told JNS.org. “But when Students Sup-porting Israel or CUFI asks these same departments to co-sponsor events, we wither don’t hear back or we hear, ‘we cannot help you.’ It’s not fair.”

I do go to pro-Zionist meetings, but I don’t disrupt. I am just vocal with my questions. People have freedom of speech. Our university does not sensor our political speech—or any other kind of speech.

“The University of Missouri is not a hot bed of anti-Semitism or BDS (the Boycott, Divestment and Sanctions movement),” Karen Aroesty, Missouri/Southern Illinois regional director of the Anti-Defamation League, told JNS.org. Until recently, the impact Smith had on campus was, in Aroesty’s words, “minimal.”

The honors tutorial, however, created tension.

“When I saw the roster of what honors tutorial would be offered in the fall and I saw that George wanted to teach this class, I immediately spread the word around,” said Albritton. “George [Smith] is not qualified to teach the class. His background is in biology. He has no background in international relations. His only interested in Zionism is that he has been a virulent anti-Zionist activist.”

Nancy West, director of MU’s Honors College, told JNS.org that honors tutorials are different than courses offered under the normal curriculum of the university. They are one-credit electives taught by instructors with “expertise in the subject area,” but not necessarily with credentials. Courses are reviewed by a faculty, staff, and student cur-riculum committee that reads the syllabus and interviews the teacher. According to university spokeswoman Mary Jo Banken, Smith’s class was approved by the committee with a vote of eight to four, with two abstentions. An affidavit is being prepared by Jewish community activists, in conjunction with the university legal department, that would help ensure Smith will be turned down next time he tries to teach about Zionism. 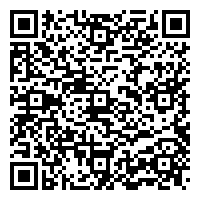