At least 717 Muslims were killed and hundreds of others injured in a stampede near Mecca Thursday on the last day of the hajj pilgrimage festival of Eid al-Adha.

At least 40 of the dead are from Iran. Israel said it is not aware of any casualties of its Arab Muslim citizens.


Two million Muslims are in the Mecca area, and today’s stampede occurred in a tent city in the city of Mina, outside of Mecca.

Saudi authorities had taken measures to prevent a repeat of a similar stampeded in 2006, when 346 people were killed. The kingdom spent $1 billion to build a five-story structure to enable 300,000 pilgrims an hour to perform the stone-throwing ritual.

The ceremony is one of several Islam’s perversions of the Torah. Islamic tradition teaches that Avraham tried to stone the devil at three different locations, including Mina, while trying to convince God that he should not sacrifice his son Ishmael.

The Bible, of course, records that the entire episode concerning the near-sacrifice of Avraham’s son refers to Yitzchak (Isaac), who was the next generation as the forefather of the Jewish people destined to inherit the Land of Israel.

There is no Biblical reference to throwing rocks at the devil or anyone else except for those convicted for sins.

However, rock-throwing among Muslims is popular in Israel, apparently as a continuation of the custom of the hajj where stones are thrown at the devil, known to them today as Jews. 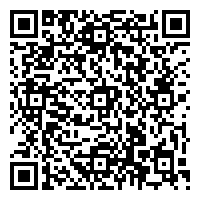