A new law under consideration by the Israeli Knesset, the Israeli Transparency law, will require NGOs (by the way, that stands for NON-governmental organizations) to identify when they’ve tipped the scale from being independent of foreign governments into an entity which receives a majority of its funding from foreign governments.

Truth in advertising is probably an accurate way to think about it Israel’s proposed law. Or here’s another way, although this one is less factual and more politically-driven: the Transparency Law can be understood as something along the lines of a source-labeling law – you know, the kind so many European governments have righteously adopted or acknowledged as “acceptable” – as State Department Spokesperson John Kirby described it, for labeling products from the disputed territories, a/k/a the “settlements.”


Despite its limited and straightforward mandate, Israel’s proposed Transparency law appears to be a magnet for fear and loathing in the U.S. and elsewhere.

On Jan. 2, The Washington Post ran an editorial – representing the official position of the paper’s editorial board – attacking the law, titled, “A Danger to Israeli Democracy.”  The editorial ran alongside a picture of Israel’s Justice Minister and author of the proposed law, Knesset member Ayelet Shaked.

At a State Dept. Press Briefing on Jan. 6, the JTA’s Ron Kampeas pressed State Department Spokesperson John Kirby for the U.S. position on the law. First Kampeas mischaracterized the Israeli law as “limiting the activities or putting restrictions on NGOs in Israel,” and then he asked what Kirby thought when Shaked recently “likened it to FARA, the Foreign Agents Registration Act.”

Kirby responded by dismissing the analogy because the two laws are “different things altogether.” The State Department spokesperson could not seem to find the distinctions between the two laws in his briefing book, but was adamant that they were different. When pressed, Kirby, was ultimately able to find the official wording of the U.S. position in his daily binder, but he still couldn’t identify the difference between the laws.

The official State Department position on Israel’s Transparency Act first made clear, that it was only in the proposal stage, with several more legislative steps to go. It then articulated its “concern.”

“As we’ve said, a free and functioning civil society is an essential element of a healthy democracy. Governments must protect free expression and peaceful dissent, and create an atmosphere where all voices can be heard,” Kirby intoned.

Al Quds D.C. bureau chief Said Arikat, using Kampeas as a starting block, sought to add color and commentary to malign the bill: “are you concerned that this law, legislation, is basically intended to sort of – to shut any kind of criticism or any groups like Breaking the Silence or other groups that report – B’Tselem, for instance, that reports on abuses and so on? And what will that do to groups such as these, in your view?”

Kirby would not say more, but what he had said was enough for Kampeas to light up the Twittersphere, condensing Kirby’s response to “@statedeptspox rejects Ayelet Shaked claim that proposed NGO law is like FARA, says US has expressed concerns to Israel about the law.”

The tweet by Kampeas was embraced and retweeted by more than two dozen followers, including such interested parties as Partners for Progressive Israel, a BDS-supporting NGO, and at least one New Israel Fund staffer.

BACK-STORY TO THE TRANSPARENCY LAW

Gerald Steinberg, president of the Israel-based NGO-Monitor, provided the backstory to the proposed law. Steinberg explained that tens of millions of shekels have been provided by foreign governments to radical anti-Israel organizations over the years. Those organizations exist almost entirely to influence Israelis and others to promote laws that would harm Israel and to defeat other laws necessitated by Israel’s security situation, all in the guise of “human rights.” 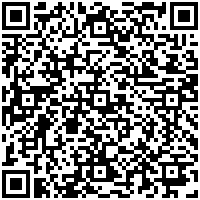