While the U.S. government complains about a proposed Israeli law that will force non-governmental organizations operating in Israel to reveal whether they’re actually operated by foreign governments, it turns out that the U.S. government itself planned to use NGOs in Israel to manipulate Israeli policy. How? By sparking demonstrations among Palestinians, the Washington Free Beacon reported.


Several high-level advisors to Secretary of State Hillary Clinton sketched the plan in emails, and Clinton directed that the emails be printed, apparently so she could study them carefully.

In an email, former Ambassador Thomas Pickering proposed to Clinton exactly who should be involved in the demonstrations, and the specific venues and buildings at which demonstrations should be conducted.  He even names at least one NGO to steer the protests he wanted to create: — “The Peace Now organization (Shalom Akshav)” – which Pickering suggests “despite its decline.”

The goal of the Pickering proposed demonstrations was to force Israel back to the negotiating table with the Palestinian Arab leadership.

Strikingly, given recent U.S. attacks on Israel’s proposed law mandating transparency among NGOs, the State Department advisers cautioned Clinton that their campaign would have to be secret.  “The United States, in my view, cannot be seen to have stimulated, encouraged or be the power behind” the plan to encourage such demonstrations. To achieve the desired result without being outed, Pickering suggested that “third parties and a number of NGOs” be drafted to be the public face on the plan.

Pickering was awarded an honorary degree by Brandeis University in 2014 for “elevat[ing] diplomacy to a high art.” Indeed.

The State Department emails describing the Pickering plan have something to offend everyone. Pickering urged Clinton to include only Palestinian women, and not men, in the planned demonstrations because the men would not remain peaceful.  “On the Palestinian side, the male culture is to use force.”  Indeed, Pickering explained to Clinton, for Palestinians “male culture comes close to requiring” violence.

The spirit of Pickering’s proposal was echoed by Anne-Marie Slaughter, who, in another email, proposed that the State Department find a group of millionaires/billionaires who would promise to contribute billions of dollars in a “Pledge for Palestine.”  Slaughter was confident that “even 30 calls to the right people in the Clinton fundraising network” would quickly generate the desired cash. Slaughter appeared to delight at the prospect of having Israelis be shamed for building homes “in the face of a Pledge for Peace.” The email went to Clinton as well as Cheryl Mills, Huma Abedin, and others. Clinton responded to Slaughter’s proposal, writing: “I am very interested – pls flesh out. Thx.”  Slaughter served as Clinton’s Director of Policy Planning.

Apparently the actual uses of the funds were unimportant, because Slaughter’s email did not say anything about what the money should be spent on. Perhaps tunnels in Gaza.

UPDATE: The link to the email between Clinton aide Slaughter and Clinton was dropped in the posting of this article. It is now embedded in the text. 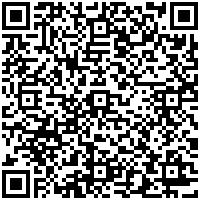