U.S. spy agencies hired at least 1,000 ex-Nazis during the Cold War, journalist and author Eric Lichtblau wrote in a new book, “The Nazis Next Door: How America Became a Safe Haven for Hitler’s Men.”

It was excerpted Monday in The New York Times and alleged that the CIA and other American agencies employed large numbers of Nazis as spies and informants and through the 1990s protected from deportation and prosecution some who were living in the United States.

Citing newly disclosed records and interviews, Lichtblau reports that the FBI and CIA knowingly recruited officials who had occupied high positions in Nazi Germany, including some known to be guilty of war crimes. One such spy was involved in the Lithuanian massacre of tens of thousands of Jews during the Holocaust; another worked closely with Adolf Eichmann. Several spies were rewarded with U.S. citizenship.

On several occasions, the book notes, U.S. intelligence officials refused to cooperate with the Justice Department’s Nazi hunters and urged them to drop investigations for fear of exposing their ties to American spy agencies. 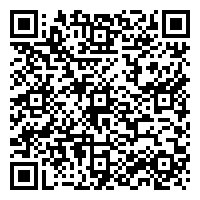