Although the official announcement is expected next week, a source in the Trump Transition Team was quoted with the news by CNN on Thursday.


Trump Transition Team Communications Director Jason Miller said in a tweet, however, that no decision has yet been made.

No decision has been made yet with regard to Secretary of Defense. #TrumpTransition— Jason Miller (@JasonMillerinDC) December 1, 2016

Mattis is known as a popular general among the rank-and-file, someone who “tells it like it is,” and who is “no apologist” to anyone, for anything.

In 2012, Mattis was quoted by Al-Hayat Washington Bureau Chief Joyce Karam as having told Congress that removing Syrian President Bashar al-Assad from his post would represent the “biggest strategic setback for Iran in 25 years.”

Mattis will need a Congressional waiver of a statute that prevents him from accepting a civilian position, since he retired in 2013, just three years ago. Section 903(a) of the National Defense Authorization act requires a seven-year wait period between active duty and serving as Secretary of Defense — a civilian role — for former service members.

President and CEO Michael Makovsky of the Jewish Institute for National Security of America (JINSA) wrote that JINSA, “an organization dedicated to a robust U.S. national security posture and a strong U.S.-Israel security relationship,” would not endorse any one candidate for a government position but still felt “compelled to convey that characterizations of one candidate, General James N. Mattis, USMC (ret.), as anti-Israel are ill-founded and unfair.”

Specifically, Makovsky addressed himself to criticism about “extemporaneous remarks General Mattis made at the Aspen Institute in July 2013 on the Israeli-Palestinian issue. They were made shortly following his retirement after a very distinguished four-decade-long career in the U.S. military, with his last position as Commander of the U.S. Central Command (CENTCOM), where his area of responsibility covered much of the Middle East and Central Asia (excluding Israel), Makovsky wrote.

“We understand and share many of the objections to his remarks, including that he seemed to blame mostly Israel for the impasse, despite the critical challenges it faces in lacking a stable, moderate Palestinian partner that genuinely seeks a durable peace with the Jewish state. Some American Jews and even Israelis make the same mistake. In any case, he has not repeated those remarks,” he noted.

“On the larger U.S. military and strategic issues related to the Middle East, which a Secretary of Defense will have to address early on, General Mattis has notably and indisputably distinguished himself in advocating for a more robust U.S. military posture to counter, contain and deter Iran, even at the peril of his military career, and its importance to American security and the restoration of America’s position in the Middle East – views JINSA has strongly propounded. Along similar lines, he has stressed the need to stand by our longstanding regional friends.

“General Mattis’ outlook on these issues aligns perfectly with Israel’s, which considers an aggressive Iran its greatest strategic threat, and a nuclear Iran to be an existential threat. Israel also seeks a strong U.S. presence in the Middle East.

“General Mattis has noted this alignment of views with Israel, and correctly explained the synchronization of Israeli and Arab outlooks on these subjects. This should be heartening to the overwhelming majority of Americans who believe that a strong State of Israel is necessary for its own sake and important for a strong America.”

Makovsky went on to write, “JINSA’s experiences with General Mattis have been very positive, including many private discussions in the last few years on the Middle East. We recently consulted several notable Israelis and Americans in the civic and military spheres who also have interacted with him and they share our confidence in his support for a strong U.S.-Israel relationship.

“Were General Mattis to become Secretary of Defense, and work more closely with Israel in that position, an opportunity he lacked at CENTCOM, we believe he will become an even closer friend of the State of Israel.” 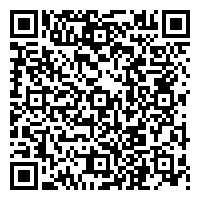