The Elections Committee has corrected a previous report and now says 13.7%, and not the previously stated 7.4% of Israel’s eligible voters have cast ballots as of 10 a.m.

The turnout at the same hour in the least election was 11.4%.

Polls have been open only two hours.

Analysts have expected an unusually high voter turnout, partly because of the massive foreign-funded campaign aimed at Arab and Bedouin voters, most of whom usually do not vote in Israeli elections.

Exit polls will be reported starting at 10 p.m., but no one who was around nearly 20 year forgets that Shimon Peres had the 1996 election victory in the bag, based on returns when he went to bed before midnight.

At approximately 3. a.m., Prime Minister Binyamin Netanyahu surged ahead and won by half a percentage point. 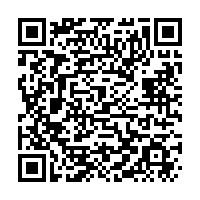