Police arrested three people, one in Jerusalem’s Ramat Shlomo neighborhood, one in Beit Shemesh and another in the town of Kochav Yaacov after the suspects removed all the Yachad voting slips from voting booth.

The Yachad party reports that their slips have been removed from dozens of voting stations.

In Israel, voting is done by inserting a slip of paper representing the party you want into an envelope, and then inserting the envelope into the voting box. By removing all the slips, it would be impossible, for a short time at least, to vote for that party.

Needless to say, interfering with the ability for a voting process is illegal.

In addition, it appears a straw party was created, represented by the letters “נץ” in polling stations. The Yachad party used “קף”.

But in the previous election, the party Baruch Marzel was a member of, Otzma L’Yisrael, used “נץ”, implying that this party may have been set up by an opponent solely to confuse voters. 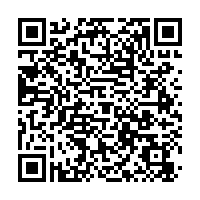