Even if we are not consciously aware of this, handshaking may provide people with a socially acceptable way of communicating via the sense of smell. Not only do people often sniff their own hands, but they do so for a much longer time after shaking someone else’s hand, the study has found.

As reported today in the journal eLife, the number of seconds the subjects spent sniffing their own right hand more than doubled after an experimenter greeted them with a handshake. “Our findings suggest that people are not just passively exposed to socially-significant chemical signals, but actively seek them out,” said Idan Frumin, the research student who conducted the study under the guidance of Prof. Noam Sobel of Weizmann’s Neurobiology Department.

“Rodents, dogs and other mammals commonly sniff themselves, and they sniff one another in social interactions, and it seems that in the course of evolution, humans have retained this practice – only on a subliminal level.” To examine whether handshakes indeed transfer body odors, the researchers first had experimenters wearing gloves shake the subjects’ bare hands, then tested the glove for smell residues.

They found that a handshake alone was sufficient for the transfer of several odors known to serve as meaningful chemical signals in mammals. “It’s well known that germs can be passed on through skin contact in handshakes, but we’ve shown that potential chemical messages, known as chemosignals, can be passed on in the same manner,” Frumin says.

Next, to explore the potential role of handshakes in communicating odors, the scientists used covert cameras to film some 280 volunteers before and after they were greeted by an experimenter, who either shook their hand or didn’t. The researchers found that after shaking hands with an experimenter of the same gender, subjects more than doubled the time they later spent sniffing their own right hand (the shaking one). In contrast, after shaking hands with an experimenter of the opposite gender, subjects increased the sniffing of their own left hand (the non-shaking one).

“The sense of smell plays a particularly important role in interactions within gender, not only across gender as commonly assumed,” Frumin says. The scientists then performed a series of tests to make sure the hand-sniffing indeed served the purpose of checking out odors and was not merely a stress-related response to a strange situation. First, 2 they measured nasal airflow during the task and found that subjects were truly sniffing their hands and not just lifting them to their nose.

It turned out that the amount of air inhaled by the volunteers through the nose doubled when they brought their hands to their face. Next, the scientists found they could manipulate the hand-sniffing by artificially introducing different smells into the experimental setting. For example, when experimenters were tainted with a commercial unisex perfume, the hand-sniffing increased. In contrast, when the experimenters were tainted with odors derived from sex hormones, the sniffing decreased.

These final tests confirmed the olfactory nature of the hand-sniffing behavior. Taking part in the study were Ofer Perl, Yaara Endevelt-Shapira, Ami Eisen, Neetai Eshel, Iris Heller, Maya Shemesh, Aharon Ravia, Dr. Lee Sela and Dr. Anat Arzi, all of Prof. Sobel’s lab “Handshakes vary in strength, duration and posture, so they convey social information of various sorts,” says Prof. Sobel. “But our findings suggest that at its evolutionary origins, handshaking might have also served to convey odor signals, and such signaling may still be a meaningful, albeit subliminal, component of this custom.” 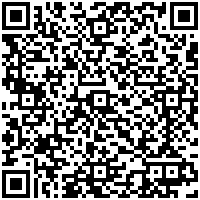