A video from a drone investigating illegal Arab and Bedouin homes in the Palestinian Authority shows children hurling rocks at the drone flying outside Jerusalem.

The Regavim organization, directed by Bayit Yehudi (Jewish Home) candidate for the Knesset Betzalel Smotrich, is an advocate against claims by Peace Now and other pro-Palestinian Authority groups that appeal to the courts with claims that Jews live on their property.

Real-time footage of the research drone shows that it was almost downed during a routine surveillance mission over an illegal EU settlement on the outskirts of Jerusalem.

Viewers can clearly see large rocks narrowly missing the unmanned aircraft as it flew past a cluster of buildings bearing the EU flag. The Regavim field researcher who was operating the machine managed to steer it away from the incoming rocks and fly it back to safety.

A recent report by Regavim highlighted this new EU policy of unilaterally building on behalf of the Palestinian Authority in Jerusalem and Area C of the West Bank to the detriment of Israel.

The Regavim report has subsequently been presented to the European Parliament by a number of MEPs and awaits a hearing in the Foreign Policy Committee.

Ari Briggs, International Director of Regavim explained what the organization’s use of drones and how the event could have ended much worse:

We use drones to monitor the ongoing illegal activities across the country, without having to go into villages themselves. These machines are extremely effective but costly, and this near-miss could have cost the organization thousands of dollars.

Although we will not be deterred by this violent attack against our equipment we may now have to purchase a more advanced drone that can take close-up footage much higher-up in the sky and out of projectile range. 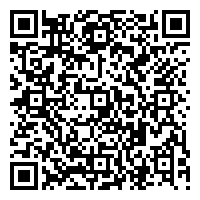