The big surprise of Israel’s elections was the rise of Yair Lapid’s “Yesh Atid” (There is a Future) party, which is projected to have received 18-19 seats in the upcoming 19th Knesset. The second biggest party after the Likud, it is presumed that Lapid will join Netanyahu’s next government as a senior partner.

“Yesh Atid” will be influential in setting all aspects of government policy, including the resumption of the peace process and the attempts to come to an agreement with the Palestinians.


What are Lapid’s principles regarding the peace process?

The party’s platform, formulated by Ofer Shelach, a former journalist and number 6 on the party’s Knesset list, states that Israel will strive to return to the negotiations table with the Palestinians with the principle of “two states for two nations” serving as the basis of the process.

Yesh Atid perceives a possible peace process as a response to an ensemble of threats looming over the State of Israel and the only way to effectively minimize these threats in the long term.

What will be the fate of the communities of Judea and Samaria? Yair Lapid chose to launch his campaign in Ariel, which can be telling about his future intentions regarding Judea and Samaria. Yesh Atid’s platform states that within the framework of the negotiations, the large settlement blocks—Ariel, Maale Adumim and Gush Etzion—will remain within the agreed upon boundaries of the State of Israel. During peace negations no new communities will be established, but until the signing of an agreement the natural growth of the existing communities will be taken into consideration.

The Yesh Atid platform further states that Israel’s future borders will be decided on the basis of Israel’s security needs, as well as the reality created since 1967: “Both sides will acknowledge that it is in their mutual interest that the settlement blocks remain in Israel’s hands.” A swap of land is an option, according to Yesh Atid. However, Lapid has stated several times throughout his campaign that the communities in Judea and Samaria constitute a financial burden on Israel’s economy, and that he intends to change that.

The platform also focused on the rabid antisemitic incitement within the Palestinian educational system, stating its complete end as a part of any future agreement.

As for Jerusalem, the platform clearly states: “Jerusalem is Israel’s eternal capital and its unity is a national symbol of the first degree. Jerusalem will remain united under Israeli sovereignty, for Jerusalem is not merely a location or a city, but the center of the Jewish-Israeli ethos and the holy place that the Jews have yearned for throughout the ages.”

Lapid has made several such public statements. A few days ago, he stated that there is no point in negotiating for Jerusalem, “we have no existence without Jerusalem.” He intends to grant Israeli citizenship to the Arabs of east Jerusalem.

Many questions are left open, and on many of the points Yesh Atid’s platform is ambiguous. In the coming month we’ll find out how Lapid’s new, 19-member party will affect Israel’s future. 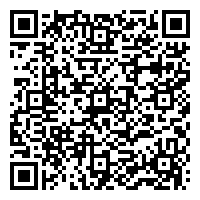