The Central Intelligence Agency offers guidelines for its operatives using false identities to get through a “secondary screening” at Israel’s Ben Gurion International Airport, according to a secret CIA document uploaded to WikiLeaks.

The document, which is titled “CIA Assessment on Surviving Secondary Screening at Airports While Maintaining Cover” and dated September 2011, was uploaded to WikiLeaks this week, Haaretz reported.


It says Ben Gurion Airport is very thorough at screening international travelers. The guidelines on the secondary screening — what the document calls “a potentially lengthy and detailed look by airport officials at passengers not passing initial scrutiny” — helps the CIA operatives maintain their alias.

The report reveals several details about the security procedures at the airport.

“With the exception of Israel’s Ben Gurion airport and a few others, immigration inspectors conducting primary screenings generally lack the time and tools to conduct in-depth examination of travelers’ bona fides.” 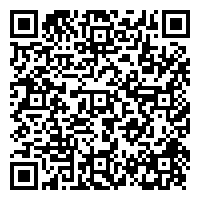