(JNi.media) An overall agreement was signed Thursday for the construction of 32,000 housing units in Ashkelon—the largest agreement of its kind in Israel’s history. Ashkelon is a coastal city located 31 miles south of Tel Aviv and 8 miles north of the Gaza Strip. Ashkelon’s ancient seaport dates back to the Neolithic Age, and the city has been ruled by Egyptians, Philistines, Israelites, Assyrians, Babylonians, Greeks, Phoenicians, Jews, Romans, Persians, Arabs, Crusaders, until the Mamluks finally razed it to the ground in 1270. The Arab village of al-Majdal, which had been established in the 1700s, was conquered by Israel in 1948, and, starting in 1953, Israelis were encouraged to move to Ashkelon, which began its Israeli history around three Jewish refugee transit camps (ma’abarot). By 1961, Ashkelon boasted a population of 24,000, which, by 2010, had grown to 113,000.

Prime Minister Benjamin Netanyahu and several government ministers attended the signing in a hotel in the city. According to the plan, seven new neighborhoods will be built in Ashkelon, three highway interchanges, and a new highway stretch leading north. With the conclusion of this construction spree, Ashkelon will become the sixth-largest city in Israel.


During the signing ceremony, Finance Minister Moshe Kahlon related that six months ago he had visited the city and heard that bureaucratic difficulties posed by the Israel Lands Administration prevented the opening of an industrial plant with the potential to employ 1,000 workers. Kahlon then promised that if he would head the Israel Lands Administration, he would remove those barriers and help open the plant. And, indeed, according to Kahlon, the barriers have been removed and the plant is going to be opened. Also, based on his experience with the Ashkelon plant, the finance minister said he decided to offer a new service at his office: an asterisk-kahlon speed-dial number—yet to be determined. Anyone who wants to open a factory with the capacity to increase employment significantly would be able to speed-dial the minister of finance to help him solve the problems personally.

The Finance Minister pledged that in the near future 2,500 apartments would be sold in Ashkelon as part of his flagship program, with the rates reduced by hundreds of thousands of shekels. He declared that despite the fact that the current government relies on a narrow coalition, it is a “racing government,” eager to drive a massive construction of apartments and infrastructure, and the pace of progress is enormous.

Prime Minister Netanyahu said: “I believe there is a bright future for Ashkelon. I think that this future is secure, and it also depends on security.” He reminded his audience that “they shot at us missiles more than a year ago, and we overcame. They learned, it’s not just that we build, let’s be clear — whoever harms us we hit them back. This [project] is not just construction, it is also defense, and when necessary, attack, too, and this is always true.”

Netanyahu recalled the history of Ashkelon, and declared, “We don’t have here a Philistine city, there is a huge Israeli city here, a Jewish city, a city that has a bright future ahead of her.” 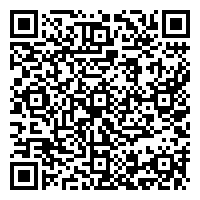