Nearly 200 travelers heading out on a four-hour trip to Latvia were seriously delayed from reaching their destination late Monday morning after their airline — Wizz Air flight #W62542 — reported engine trouble while still in ascent after departing 20 minutes late at 11:35 am over the Mediterranean Sea.

The pilot told Air Traffic Control at Ben Gurion International Airport he was declaring a general emergency and turning back to Israel.


Security personnel at the Israeli airport declared a Level 2 emergency, summoning ambulances from the surrounding cities of Lod, Rishon Lezion, Petach Tikvah, Ramat Gan, Tel Aviv, and even Rehovot. Fire and rescue crews at the airport were also placed on standby — but it turned out their assistance was unnecessary.

The pilot landed the Airbus 320 aircraft safely, and no injuries were reported. 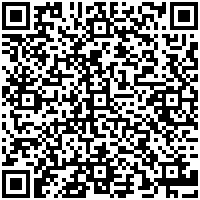