On Monday, February 11, which is Rosh Chodesh Adar, the Women of the Kotel are planning to hold Rosh Chodesh services at the Kotel.

The law, as cited on the Women of the Wall’s website, prohibits “religious ceremony not according to local custom, which may hurt the feelings of the worshipers toward the place” at the Kotel. This rule was added, according to the same website, “especially to limit the worshiping of Women of the Wall, and violating it may result in a punishment of six to twelve months in prison or a fine of about $130.


Update: On Monday, the Women of the Wall will be joined by members of the 66th Battalion, the paratroopers who liberated Jerusalem and the Western Wall in the 1967 Six Day War. The men, 46 years later, have organized in support of Women of the Wall, to “continue to liberate the holy site and ensure religious freedom and freedom of worship for Jews at the Western Wall.”

An email released by WOW reads:

“We will meet at 7AM and it will be a historic moment at the Western Wall. The men who liberated the Wall in ’67 will stand up, stand with, Women of the Wall, despite the police and the authorities of the holy site, in the name of social justice, women’s rights and religious freedom. All of this, in the wake of the the latest Supreme Court petition as well as the process which Natan Sharansky is coordinating to research recommendations to Prime Minister Netanyahu in hopes of finding a solution to the inequalities at the wall, is creating a real potential for change in Israel- in pluralism, religious freedom, women’s rights and the inclusion of women in the public sphere.”

The Jewish Press inquired if the Women of the Wall are planning to later in the month read the Megillah at the Robinson Arch—away from the open part of the Kotel—or in the Ladies’ section by the Kotel.

Spokesperson Shira Pruce responded by email: “Yes, that is the plan. We have been doing this for years and there have never been any problems, protests or disturbances. We hope that this will still be the case this year but obviously, this past year has had many new challenges, so anything could happen.”

Last October, The Jewish Press polled its readers on the “Women at the Wall” who pray with Talit and Teffilin and read the Torah at the Kotel.

The biggest response, 39%, came from readers supporting the view that the women “have every right to pray at the Kotel whichever way they wish.

Second biggest, 24%, held the women “should respect the existing Orthodox prayer customs at the Kotel. And 9% encouraged them to pray at the Robinson’s Arch section of the Kotel, so they won’t offend the more traditional worshipers.

Only 5% thought they were a provocation and should be removed by force.

For a critique of Women of the Wall from an Orthodox point of view, read Trojan Horse at the Western Wall by Rabbi Avi Shafran. 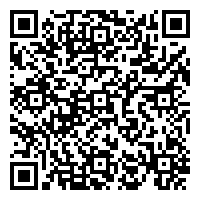