First there was Meng, then Vargas, then Sires and now Rep. Kathleen Rice (D-NY-04) brings the number of Congressional Democrats to four who have publicly announced they will oppose the Iran deal despite unrelenting pressure from the White House.

Rice, a freshman Congressional member representing part of Long Island, New York, issued a statement on Monday, Aug. 3 announcing and explaining her opposition to the deal.


The former prosecutor was respectful towards President Obama, but concluded after studying the deal that supporting it constitutes a risk she cannot take. The Congresswoman’s statement against the deal reads like a winning closing argument: punchy, fact-filled, and air-tight.

She does not believe the Joint Comprehensive Plan of Action will end Iran’s quest for a nuclear weapon, something she described as Iran’s “top policy priority.”  At best, the deal will create a “pause” and not an end to Iran’s race towards nuclear weapons.

Rice believes that the sanctions imposed by the U.S. and the rest of the world’s nations were successful, but they took time to succeed. Once those sanctions are lifted, re-imposing them if necessary will take years to again have an impact, and those years are ones the world cannot afford.

Rice also is not buying the “only alternative to this deal is war” line of argument that the deal’s proponents have promoted as if truth from Sinai.

As President Obama has stated, his actions and economic sanctions brought Iran to the table. If that is true, and I believe it is, then why wouldn’t continued political and economic pressure improve our leverage in forcing Iran to agree to a better deal? The tipping point in such leverage must be Iran giving up its nuclear arms ambition, and renouncing and defunding its terror tentacles in the region and abroad.

There are also rumors that the all-critical New York Senator Chuck Schumer will soon be committing to opposing the Iran deal, but until that is carved out in stone with his own chisel, his name won’t be counted in the tally. 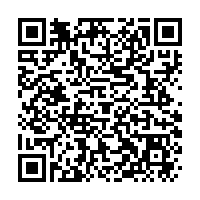