More than an hour before the Yom HaZikaron ceremony was to begin at 11:00 a.m. in Kfar Etzion at the Gush Etzion Regional Cemetery this morning, hundreds of school children lined the streets, streaming towards the event.

Police and security personnel were stationed on the approach road, directing the cars and buses to park in such a fashion that there would be order going in, and an orderly departure.

The cemetery lies in a rolling series of hills, with various communities represented in plateaued graveyards, with gravel in between and lots of lush greenery and wildflowers sprouting in all the open spaces

Just recently a building was put up, until then, every memorial service and every funeral took place in the open. Israeli funerals, unlike those elsewhere, can take place any time of day or night, and they generally take place within just a few hours of death.

But for today’s Yom HaZikaron ceremony, all those in the Gush Etzion area touched by loss showed up, and here in Israel, that is almost everyone. Some family members were lost to illness, others simply to old age. But in this cemetery, as in so many cemeteries in Israel, there is a disproportionate number of graves of young people – those who fell in all the wars Israel has endured, and those who were murdered by terrorists.

For more than an hour people were milling around, visiting the various graves, placing stones of remembrance, saying tehillim.

And when the hour drew near 11:00 a.m., the small area near the speakers’ platform filled beyond overflowing. There were many dozens of soldiers in uniform, closely-cropped young men and young women with impossibly thick curls, most soldiers wearing their units’ berets, others with their berets neatly folded and pinned to their shirts.

When the sirens rang out at the stroke of 11:00, four jets in formation took off from nearby: “they’re buzzing the entire country,” a woman said, “it will take about a minute.”

And then the speeches – is it fair to call them that? The messages invoking the memories, the love, the devotion to those who had given their lives for the Jewish State, washed quickly over the crowd, interspersed with a few haunting songs including “Ani Ma’amin” (“I Believe”) and Hatikvah. Two boys from a nearby high school spoke about the loss of two graduates of the school who were killed during last summer’s war.

Several speakers mentioned the abduction and murder of the three teenagers which touched off last summer’s war. Eyal Ifrach, Gilad Sa’ar and Naftali Frenkel were kidnapped just down the road from where the ceremony took place.

A chazan sang out the names of all the soldiers and the victims of terror who are buried in this cemetery, as pain crossed the faces of so many who stood listening.

A representative of the Israel Defense Forces spoke, as did two representatives of the Knesset. One, MK Ze’ev Elkin, reminded those in the audience that David Ben-Gurion, Israel’s first president, famously recognized Gush Etzion as the savior of Jerusalem. 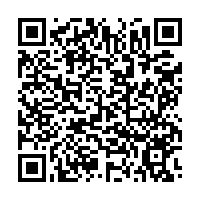