Defense Minister Moshe Ya’alon on Monday said that the questions the NGO Breaking The Silence posed to IDF soldiers regarding operational secrets constitute treason, regardless of whether the information was released or kept in the organization’s database. Ya’alon was referring to a March 17 investigative report on Israel’s Channel 2 TV showing BTS activists apparently collecting sensitive information on IDF methods and equipment.

“What was exposed by Channel 2 was the fact that they asked those soldiers questions that were not related to the manner of activity or morality, but that they inserted components that are, for all intents and purposes, military secrets,” Ya’alon said. “So whether or not they use it publicly — which would be very serious — if they disseminate this material publicly it’s treason. Even if they merely keep it to themselves, that, too [is treasonous]. Who is keeping this data? Why do they need to know which device we use, in the air, on land, etc., and what are the operational methods?”


On Sunday, the organization NGO Monitor accused BTS of espionage for its European founders. It issued a press release saying its research shows that during 2012-2015, more than 63% of this group’s budget (some NIS 6.8 million, or $1.8 million) was provided by European governments, including Switzerland, Denmark, the Netherlands, Sweden, France, and the EU. Additional amounts came from the US-based New Israel Fund.

“Major donations from European governments have enabled the members of Breaking the Silence to implement their radical agenda, including obtaining potentially classified information with no connection to ethics or human rights,” Professor Gerald Steinberg of NGO Monitor said. “All of Breaking the Silence’s activities, including false campaigns regarding alleged war crimes and revelations regarding potential espionage, are enabled by the financial support of foreign governments. The latest revelations highlight the need for European governments to implement vital transparency and oversight, without the excuses offered in the past, and adopt strict guidelines regarding secret funding processes for political NGOs that do so much damage in the Arab-Israeli context.”

In correspondence with NGO Monitor following the Channel 2 program, EU Ambassador to Israel Lars Faarborg Andersen stated that the EU was unaware of Breaking the Silence’s activities in collecting sensitive information on the IDF, and had not requested nor received such information from the NGO.

NGO Monitor notes that contrary to Breaking the Silence’s claim their materials “do not express the position of the funders,” the European governments are enablers that are automatically implicated in all of the activities of their grantees. In some cases, this linkage is very specific: NGO Monitor research reveals that in 2009 some funders made grants conditional on the NGO obtaining a minimum number (90) of negative and anonymous “testimonies.” 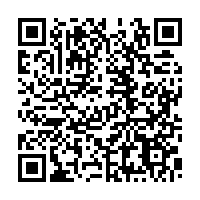