Israeli rescue teams have gathered the 33 Israelis wounded in Wednesday’s terror attack on a tour bus in Bulgaria, and evacuated them home to Israel for treatment.

The death toll in the bombing of the bus of Israeli tourists is now being listed at 8, with one injured person succumbing to wounds in hospital. A ZAKA rescue service spokesperson told Israel’s Army Radio that the remains were difficult to identify.  Five Israeli victims will be flown home for burial Thursday evening after completion of the formal identification process. Now that their families have been notified, their names will all be publicized.


ZAKA victim identification teams continued to retrieve body parts Thursday in order to give them proper burial, despite the confusion of Bulgarian officials who did not comprehend the value of the painstaking work.

The suspected suicide bomber, pictured in an image captured from video at the Burgas airport near the Black Sea by Israel’s Rotter news agency, was carrying a driver’s license and passport placing his residence in Michigan, but both are believed to be fraudulent.  The Caucasian male, with long blonde hair is believed to have milled around the airport for approximately an hour waiting for Air Bulgaria flight 392 to arrive from Ben-Gurion Airport, and then detonated a bomb carried on his person as he boarded their tour bus.  Previous reports had indicated that he could have placed a bomb in the baggage compartment underneath.

Two victims are too badly injured to be transported and will remain in Sofia for treatment at this time.  The rescue teams and the wounded were expected to arrive in Israel at noon on Hercules transport planes.  Additional planes carrying other Israeli tourists, including some who wanted to abandon plans in Bulgaria in the wake of the attack, were also expected to arrive in Tel Aviv. Bulgaria also announced that a government airbus plane would be put at Israel’s disposal to fly Israelis home.

Videos of the aftermath of the attack have surfaced on Youtube, showing a bus engulfed in flames and helpless bystanders at a loss as to what to do.

Investigations are underway by Israeli and Bulgarian intelligence organizations, as well as the FBI and CIA.

World leaders issued condemnations of the terror attack, with US President Barack Obama calling Prime Minister Benjamin Netanyahu to say “I strongly condemn today’s barbaric terrorist attack on Israelis in Bulgaria”. Earlier in the evening, President Obama used the opportunity to state that “the United States reaffirms our unshakeable commitment to Israel’s security, and our deep friendship and solidarity with the Israeli people”.  US Secretary of State Hillary Clinton, who visited Israel this week, called the attack “heinous”, and condemned in the “strongest terms”.

UN General Secretary Ban Ki-Moon also condemned the attack “in the strongest possible terms,” but did not demonstrate the outrage and disgust he showed for a bombing of churches in Kenya just two weeks ago.

Bulgarian Foreign Minister Nikolay Mladenov Burgas expressed his condolences and urged Israelis to continue vacationing in Bulgaria, describing his country as “one of the friendliest nations” to Israel, calling Wednesday’s attack a one-time incident, and saying that if Israelis would shy away from the country which borders Greece and Turkey to the south, Macedonia and Serbia to the west, and Romania to the north, “this is what the terrorists want to achieve.”  Bulgaria is a vacation hotspot for Israelis, especially teenagers.

Prime Minister Netanyahu placed the onus of the attacks on Iran, and warned that the “global terror state… must face the consequences of its actions.”  He was supported by Opposition leader Shelly Yechimovich who said “there is no doubt that the instability in the region is created by Iran aiming especially for Israelis and Jews throughout the world.”

Defense Minister Ehud Barak went further to blame the Iran proxy in Lebanon, Hizbullah, for the attacks and vowed that Israel would use all of its power to find the masterminds behind the attack and bring them to justice.  He urged Israelis to understand the importance “that we do not lose our stamina, nor the ability to understand that we have to live, and urged Israelis “to live their normal lives despite all the pain.” 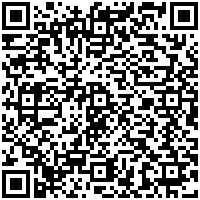