Elbit Systems on Monday announced that it was awarded an $85 million contract from the Israeli Defense Ministry to supply Electronic Warfare (EW) suites for the Israeli Navy Sa’ar 6-class corvettes. These warships will be tasked with protecting Israel’s Economic Exclusion Zone.

Although the declaration does not specify the methodology for constructing the line, the six defined turning points define a line that largely follows the northern limit of an existing ‘security zone’ claimed by Israel, following the northern limit of Israel’s oil and gas license blocks extending out to the tripoint with Cyprus.

Lebanon has firmly objected to Israel’s declaration, out of concern that part of Israel’s natural gas fields may extend into its own maritime space. Reports indicate that Lebanon has recently defined its maritime boundary with Cyprus, but it has not agreed a boundary with Israel.

Israel has been eager to define its maritime space after the discovery of its large natural gas fields off-shore. US-based exploration company Noble Energy holds license blocks on both sides of the Cyprus-Israel maritime boundary which cover the highly lucrative Leviathan and Tamar gas fields.

The Elbit contract will be carried out over a 10-year period.

The EW systems to be supplied are combat proven and include digital receivers, signal processing technologies and analysis tools that are all part of an open system architecture, thus enabling effective operational capabilities while maintaining flexibility to cope with threats.

The latest configurations of those technologies were developed in close cooperation with the Defense Ministry and with the Navy, and have been recently declared operational after successfully completing intensive sea trials.

Edgar Maimon, Executive Vice President and General Manager of Elbit Systems EW and SIGINT- Elisra, said in a statement: “We are proud to continue to be the EW house of the Israeli Navy and to have been awarded this contract […]The increasing demand for our EW solutions is a clear indication of the growing operational importance of advanced and combat-proven EW capabilities in all domains of operational engagement – maritime, land and air.” 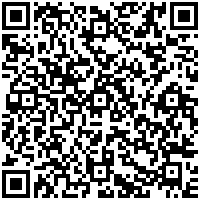