Four Haredi residents of Jerusalem, including one US citizen, on Sunday petitioned the High Court of Justice against police excessive use of the riot dispersal chemical known as Skunk, claiming it constitutes collective punishment and demanding an injunction. The petition was filed against Israel Police and Jerusalem District Commander Yoram Halevi.

The Skunk is a malodorant, non-lethal weapon used for crowd control Israeli police and the IDF and marketed to militaries and law enforcement around the world. Developed and manufactured by Odortec, the liquid’s strong odor is marketed as an improvement over other crowd control weapons such as rubber bullets and tear gas. It is dispersed as yellow or blue mist, fired from a water cannon, which leaves a powerful odor similar to rot or sewage on everything it touches.

A reporter for Reuters described it as follows: “Imagine taking a chunk of rotting corpse from a stagnant sewer, placing it in a blender and spraying the filthy liquid in your face. Your gag reflex goes off the charts and you can’t escape, because the nauseating stench persists for days.”

According to the website Behadrei Haredim, Supreme Court Justice Daphne Barak-Erez has ruled that police would respond to the request for an interim injunction against further use of the Skunk within a week.

Two petitioners, Israel Mendelson and Michael Benjamin, are the owners of a pizza and balloon shop on Bar-Ilan Street in Jerusalem, which was damaged as a result of police hosing of skunk water. The two stated that they suffered damages of more than $4,000 after their shop window and sign had been destroyed, as well as damages they sustained from having to close their shop for a few days because of the stench.

Petitioner Asher Ben Shaya, who lives on Shomrei Emunim Street, described in the petition how before last Passover, a demonstration was held near his home, and his family sat on the balcony watching it. At one point, “the policemen who arrived at the scene with a Skunk deliberately aimed at the family members who were on the balcony, spraying them some three times in a row.”

Ben Shaya testified in the name of his family that “the spraying was directed at them on purpose.” The splashes caused heavy damage to objects and food on the balcony, and the living room and bedroom curtains.

One of Ben Shaya’s grandchildren, who was on the balcony, was hit by the Skunk and required medical treatment. His daughter, who was holding a baby, ran away and slipped and fell, suffering a blow.

Ben Shaya and his wife went down to the street and asked the police commander to stop spraying the residents’ balconies. The commander went up to their apartment and apologized for what had happened.

Ben Shaya noted in the petition that he had in his possession a video documenting the cleaning of the house from the foul liquid and the damage caused by the spray.

“In addition, this left a severe mental scar on my family members,” he stated.

The petition cited an event from 2015, when a Haredi couple in their 60s got off a bus and were on their way to their home on Zephaniah Street in Jerusalem, were injured by a powerful jet of police Skunk water. The wife broke her pelvis and her husband broke his ankle. In a consequent settlement, police paid the couple $60,000.

In 2017, at a demonstration on Bar-Ilan Street in Jerusalem, a Haredi girl from Modi’in Illit was hit by a strong Skunk jet in her face, which badly damaged her eye and she almost lost her sight. She fell and lost consciousness, and was hospitalized for two weeks at Shaare Zedek Medical Center in Jerusalem, where she underwent surgery to treat the bleeding and high pressure in her eye. Later, she had to undergo additional treatments and surgeries in her eyes as a result of her injury.

The petition also cited a woman, 21, a city employee who lives in eastern Jerusalem, who was thrown to the pavement by a Skunk jet, cracking a rib. 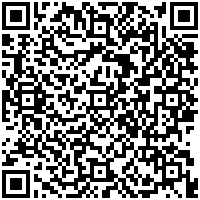