Home prices are rising and real estate deals and sales are down; whose problem is it and what should be done about it?

Finance Minister Moshe Kahlon, ostensibly the point man in charge of dealing with the economy, told an interviewer Sunday on Israeli Radio 103 FM, that issue of jumping housing prices is not, in fact, his problem at all.


“The rise in housing prices is not my problem, but Israel’s problem,” he said. “Whoever thinks that a problem in the country is Moshe Kahlon’s problem… is making a mistake,” the finance minister contended. “It’s nonsense.

“I’m only in this position on a temporary basis, whereas Israel is here forever.”

Data published last week in the Central Bureau of Statistics’ Home Price Index (HPI) showed housing prices in May-June rose by 0.9 percent in comparison with April-May 2018, when they also rose from a low of 0.2 percent in northern Israel, to a high of 2.2 percent in Tel Aviv.

It’s the first time the HPI has risen since August 2017. The average price of an Israeli home in the second quarter was NIS 1.53 million. Only in Haifa did prices continue to fall, and that was in April-May, when they dropped 0.8 percent.

Only 5,329 new homes were sold in the second quarter of 2018 in comparison to 6,430 new homes sold in the same period a year earlier — a 17 percent drop, according to a Central Bureau of Statistics survey published at the behest of the Construction and Housing Ministry. At present, the demand for new homes is dropping monthly by an average of 1.5 percent, the Globes business news site reports.

A real estate market survey published last week by the Finance Ministry’s chief economist said that after the volume of deals increased in May, the volume in June plunged to one of the lowest-ever levels for the month since 2008.

The price of fresh fruit and vegetables also rose 2.5 percent in July, and may rise higher, given the arson terror in southern Israel and the devastation wreaked in agricultural fields that were nearing harvest. Transportation prices rose 0.7 percent, and food in general rose by 0.5 percent in July as well.

However, the news is not all bad. Clothing and footwear prices dropped by 6.7 percent. The Consumer Price Index (CPI) for July remained the same, having risen just 0.9 percent since the start of 2018 and 1.4 percent over the past 12 months. Bottom line: The figures are still within the government target range for an annual inflation rate between 1 percent and 3 percent. 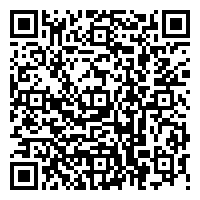