Canada’s new Prime Minister Justin Trudeau has set new policy this week dealing with security concerns about the 25,000 Syrian refugees entering Canada. One major policy change allows single gay men to seek refugee status, but rejects single straight men, because the latter are more likely to be terrorists, according to the Ottawa Citizen. Overall, the Canadian plan focuses mostly on families, single women, and children, but officials have now acknowledged that gay men should also receive a preference in admittance, because they face violence and persecution in their Muslim home countries. At least for this coming group of asylum seekers, straight males are automatically disqualified.

The UN High Commissioner for Refugees has issued a “Resettlement Assessment Tool for Lesbian, Gay, Bisexual, Transgender and Intersex Refugees,” suggesting that “Due to the discrimination and abuse they experience, many LGBTI individuals flee their home countries and seek protection abroad. LGBTI individuals may be under a continuous threat of human rights abuses due to discriminatory laws and hostile societal attitudes in the countries of asylum.”


The UNHCR concludes that “resettlement may be the only viable durable solution for LGBTI refugees facing specific protection risks due to their sexual orientation and gender identity. In some cases emergency processing or evacuation may be required as lengthy processing can exacerbate the security risks. It is important for UNHCR staff to develop a thorough understanding of the multiple forms of harm and discrimination experienced by LGBTI refugees, and to ensure that LGBTI refugees have fair access to the resettlement process and that their resettlement needs are assessed on a nondiscriminatory basis.”

The Trudeau government’s anticipated move is meeting some resistance in Canada. “While security concerns remain of vital importance, will a young man, who lost both parents, be excluded from the refugee program?” NDP Leader Tom Mulcair asked reporters this week. “Will a widower who is fleeing [ISIS] after having seen his family killed be excluded? This is not the Canadian way.”

And Gerard Van Kessel, a former director of Canadian refugee programs, wished to know, “What do they mean by families? If you have an 18-year-old son that’s part of a family, is that person coming in? Also, the husband? What’s going to be done there?”

Canada has already accepted 3,000 Syrian refugees, and plans to spend about $678 million over the next six years resettling the 25,000 new arrivals. 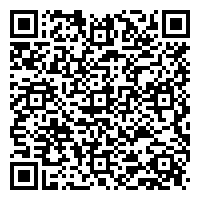