The head of the United Nations agency monitoring the Islam Republic’s compliance with the deal signed with world powers in July warned in prepared remarks on Thursday that he cannot guarantee that “all nuclear material in Iran is in peaceful activities.”

Yukiya Amano, chief of the International Atomic Energy Agency (IAEA), told the November meeting of the agency’s 35-member board of governors in Vienna in his introductory statement that he was “not in a position to provide credible assurance about the absence of undeclared nuclear material and activities in Iran, and therefore to conclude that all nuclear material in Iran is in peaceful activities.” (Italics are Amano’s)

“The Agency has continued its monitoring and verification activities in relation to the Joint Plan of Action,” he continued.

“October 18th was Adoption Day for the Joint Comprehensive Plan of Action, which was agreed between Iran and six countries and the EU in July this year. On the same day, Iran informed the Agency that, effective on Implementation Day, it will provisionally apply its Additional Protocol and fully implement the modified Code 3.1.

“Next week, I expect to provide my final assessment on all past and present outstanding issues, as set out in my report of November 2011, for action by the Board.”

Israel’s Prime Minister Benjamin Netanyahu warned the United States and the other five world powers involved in negotiations with Iran over the nuclear deal from the outset that the terms being considered — and which were eventually agreed upon — left inspectors no way to assure Iran’s compliance with the agreement.

The deal was allegedly intended to prevent Iran from completing its race to achieve an atomic weapon of mass destruction, and from gifting or selling the technology or the weaponry itself to other enemy entities, such as radical Islamist terrorist organizations like Hamas, whose charter includes a declared intent to annihilate the State of Israel.

In other ways, however, it was more likely intended to get ‘business as usual’ back on track with the Islamic Republic, which has since seen European nations politely rushing to invite Tehran to gradually renew economic and diplomatic ties. 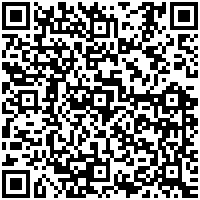