Anti-Semitic slogans scrawled in Calgary and an Audit of Anti-Semitic Incidents conducted by B’nai Brith Canada showing a steady rise in anti-Jewish incidents has prompted a former Israeli counter-terrorism expert to establish a Jewish guard troop for relevant sites throughout Canada.

Program coordinator Doron Horowitz, Director of National Security Infrastructure for the Toronto-based Centre for Israel and Jewish Affairs – and decorated former IDF soldier specializing in counter-terrorism – has announced the formation of a network of professionally-trained volunteers who will patrol Canadian synagogues and Jewish community centers.


The “Community Security Network” will be comprised of individuals aged 25 to 50 who will be subjected to background checks and psychological screenings to determine their fitness for the positions.  Those who are accepted will be trained in counter-surveillance, physical fitness, and observation, and be responsible for guarding no less than 5 hours per month at sensitive Jewish locations.

The program, which is being initiated in Toronto, will initially be comprised of 25 unarmed, ununiformed volunteers.  If successful, it will be launched across Canada.

Horowitz stressed that the program is meant to coordinate with current and ongoing law enforcement security efforts on behalf of the Jewish community, and will act in cooperation with local authorities.  It will not exercise force or violence, according to Horowitz, but maintain vigilance, report to law officials and emphasize prevention.

In the UK, the sizable Community Security Trust unites 3,000 volunteers in defense of 300 British synagogues, with the NY Community Security Service modeled after it.  Brooklyn, New York’s Shomrim (“Guards”) also surveys the security situation in New York City and Brooklyn. 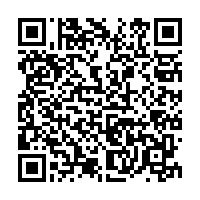