The readers of the Danish national daily newspaper Berlingske have voted security guard Dan Uzan, who was killed while defending with his body a Copenhagen synagogue last February, Man of the year 2015.

Uzan, 37, a member of the local Jewish community who worked as security guard at the Great Synagogue on Krystalgade in central Copenhagen, was fatally shot by Omar El-Hussein, 22, a Muslim terrorist, who had earlier killed Danish filmmaker Finn Nørgaard at a freedom of speech debate held at a local café. The two separate attacks left five policemen wounded as well.


Uzan, an economics graduate from the University of Copenhagen, was standing guard outside, while inside around 80 Jews, among them many teenagers, were celebrating a Bat Mitzvah on Saturday night, February 14. At about half an hour after midnight, the Palestinian gunman tried to get into the Jewish cultural center behind the synagogue, armed with loaded guns. But Uzan got in his way, unarmed. The terrorist shot him in the head at close range. Two police officers were wounded by shots when the terrorist fled the scene, and Uzan died shortly afterward.

The event shocked the Copenhagen Jewish community, and shook all of Denmark. This past weekend, Danish citizens proved they had not forgottenthat case, when a comprehensive Berlingske survey elected Uzan Dennmark’s Man of the Year. Apart from readers, the selection also involved a team of seven judges, all of them public figures selected by the newspaper.

The Prime Minister of Denmark, Lars Rasmussen, welcomed the choice and said he admires the victim’s family “who did not react in hatred and a call for revenge, but spoke out against hate and prejudice.” Denmark’s former prime minister, Helle Thorning-Schmidt, also praised Uzan’s heroism after the event. Both leaders said that Uzan’s action manifested a central value of Danish culture — unselfishness.

Denmark’s ambassador to Israel, Jesper Vahr, told Walla that “as the Prime Minister said, it is a wise choice. Dan Uzan is a shining example to all of us. We must stand firm against Terrorism, in all its manifestations. Dan Uzan did it without hesitation — and paid the highest price. The ‘Denmark’s Man of the Year’ choice is just a small example of the respect and esteem of the Danes to this sacrifice of their countryman.” 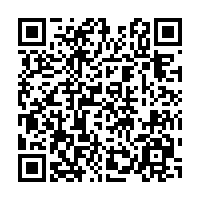