Thousands marched through Jerusalem on Wednesday to protest discrimination against Ethiopian immigrants, concluding a week of protests sparked by revelations that residents of Kiryat Malachi were refusing to sell or rent apartments to Ethiopian citizens.

Joined by white Israelis and representatives of several rights organizations, the crowds of mostly younger Ethiopian immigrants and children of immigrants marched to the gate of the Knesset, where so many go to air their grievances. Carrying signs calling for an end to discrimination, they decried the social and economic hardships that continue to plague the Ethiopian community, even two decades after their stunning rescue and relocation to Israel. Large sections of the 120,000-strong Ethiopian community lag behind the national average in education and employment, and domestic abuse cases – including dozens of incidents of husbands murdering their wives – have plagued the community.

Successive governments have devoted large sums to housing benefits and a range of other social welfare benefits for Ethiopian immigrants, but advocates say even more is needed for a community that has experienced such a deep culture shock in moving from rural Africa to modern Israel.

Many openly suggest that both the public and private sectors would do more to help the immigrants if they were white, claiming prejudices against the Ethiopians’ skin color and widespread suspicion of the authenticity of the their Jewishness prevent progress.

Thousands of the immigrants were made to undergo a conversion process, to remove such doubts. But religious and racial tensions remain, contributing to the community’s difficulties in integrating with the rest of Israeli society. 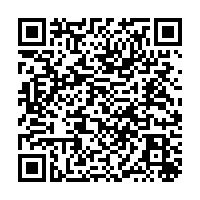