In the wake of the ruling, there are indications that the Egyptian government is taking action in preparation to revoke the citizenship of Egyptians who are members of Hamas.


Rumors about the revocation of citizenship for Egyptian members of Hamas have been circulating for several months, but Tuesday’s court decision gave the initiative an official governmental imprimatur.

The basis for the Egyptian court’s ruling was national security. There have been several major terrorist incidents in Egypt, in which Hamas and Hamas-affiliated Egyptians allegedly were involved.

Hamas is the Palestinian Arab offshoot of the Muslim Brotherhood, the party of ousted Egyptian President Mohamad Morsi. During his presidential tenure, thousands of Palestinian Arabs, including Hamas leaders such as Mahmoud Zahar, were granted Egyptian citizenship.

Since Morsi’s ouster, Egyptian authorities have destroyed thousands of tunnels used for smuggling between Egypt and Gaza. This, of course, has served to undergird Israel’s naval blockade of Gaza which was imposed to prevent the smuggling into the Strip of weapons for use against the Jewish State.

The unsurprising response of Hamas spokespeople is that Egypt is aiding the “Zionist entity” by punishing those bent on Israel’s destruction. 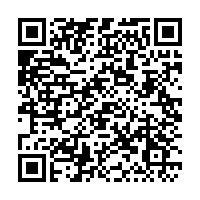