The Egyptian opposition has announced that it has issued an ultimatum to President Mohamed Morsi to leave his post by 5 PM tomorrow, Reshet Bet and other news sources are reporting. The opposition called for Morsi to retire at once and to declare early elections, or else they would launch a rebellion across the country.

Protests are raging across Egypt today, with protesters calling on President Morsy to step down after one year in power.

The ‘Rebel’ campaign (Tamarod) says Morsi has lost his legitimacy, warning that civil disobedience will be the next step should he remain in power after the ultimatum.

“In the name of 22 million Egyptians who had signed Rebel’s petition… we now announce that Mohamed Morsi Eissa Al-Ayyat is no longer a legitimate president of the Arab Republic of Egypt,” reads the statement released by the signature drive.

Amr Moussa, a leading Egyptian opposition figure, has urged Morsi to listen to the voices of the people and hold early presidential elections. Moussa, from the main opposition party the National Salvation Front, said the group wasn’t calling for the fall of the regime, but wanted Egypt to go to the polls to choose a new president.

He said: “He should take the voice of the people seriously.” 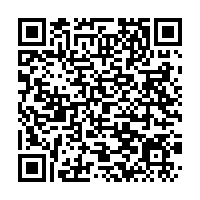