It an exciting development for the Religious-Zionist community, MK Bezalel Smotrich (Religious-Zionism) made an offer to his counterpart MK Itamar Ben-Gvir (Otzma Yehudit) via Channel 12. Ben-Gvir accepted the offer and said, “I invite Smotrich to sign already tonight.”

Smotrich offered Ben-Gvir to unite parties and they would run on one list. Smotrich would give Ben-Gvir the 2nd, 5th, 7th, 9th and 10th spots on the united list. The 7th spot would be reserved for someone he would agree on with Ben-Gvir.


Ben-Gvir accepted the offer on live TV, blessed the upcoming unity and said, “I have no doubt that MK Smotrich will have no objection to placing in the seventh place the candidate of Otzma Yehudit who is a man of values-traditional-from the periphery, and therefore I will agree to the new proposal that was brought to me for the first time through News 12.”

Now we wait to see if it happens.

The polls show the united Religious-Zionist list getting 10 seats in the upcoming elections. Smotrich is holding open primaries for the seats on his list (that aren’t reserved for Ben-Gvir’s people).

All we can say is Mazel u’Bracha. 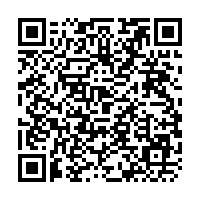