International pressure on Iran took a major step forward, as European foreign ministers declared their countries’ intent to embargo oil from the Islamic Republic, beginning as early as July, and freeze the assets of Iran’s central bank.

Iran, in anticipation of a possible oil embargo, was already embroiled in a war of words with the United States over Teheran’s threats to close the Straits of Hormuz, effectively strangling maritime commercial traffic in the Persian Gulf, when European Union leaders meeting in Brussels moved to toughen economic sanctions on the regime of President Mahmoud Ahmadinejad.

American Secretary of Defense Leon Panetta responded to Iranian defense officials’ threats to attack American aircraft carriers in the Persian Gulf by telling reporters that the United States was “fully prepared to deal with any Iranian threat” in the Gulf.

Israeli Prime Minister Binyamin Netanyahu, on an official visit to the Netherlands while the EU foreign ministers were meeting in nearby Belgium, praised Dutch support for the sanctions.

The United Nations also announced that a special mission of the International Atomic Energy Agency would travel to Iran at the end of this month to investigate international suspicions of a “military angle” to Iran’s feverish drive for nuclear power. Iran has repeatedly denied intentions of building nuclear weapons, but it has also subverted international efforts to verify the civilian scope of Iran’s plans. 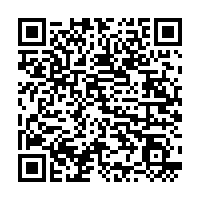