Palestinian Authority leader Mahmoud Abbas warned Israel’s Defense Minister Benny Gantz last week during his visit to Gantz’s home in Rosh Ha’Ayin that it is essential “not to bring religious elements” into the conflict, according to a report by Ynet.

Abbas warned Israel against disturbing the status quo at sacred sites such the Temple Mount, where the Al Aqsa Mosque is located. The Temple Mount is one of Judaism’s holiest sites; it is also the third-holiest site in Islam.


The Palestinian Authority leader may have issued the warning in response to a report that the Knesset’s Public Security Committee will hold a meeting every six months on the number of Jews barred from visiting the Temple Mount.

Committee chair MK Merav Ben Ari announced Monday during a debate on the security situation in the Old City of Jerusalem that she would also establish a subcommittee to make recommendations regarding restrictions on Jewish visitors to the Temple Mount.

At present, Jewish visits to the site are limited to just a few hours a day, and barred entirely during Islamic holidays. The number of Jewish visitors at one time is also limited. In addition, Jews are forbidden to pray at the site; in past years, even moving one’s lips at the site could get a Jew arrested for violating the “status quo.”

Jews are also barred during times of tension with Muslims, and at the times when there are concerns that a Jewish presence at the site might “agitate” Islamic worshipers.

Both Gantz and Abbas reported that their meeting was successful, although it appears that only the Palestinian Authority that came out with concrete, measurable concessions from the meeting.

Those concessions included a transfer in advance of NIS 100 million ($32.2 million) in tax payments collected by Israel on behalf of Ramallah, as well status approvals “on a humanitarian basis” for 6,000 Arab residents of Judea and Samaria in the PA Population Registry, and for 3,500 Gaza residents.

The status approvals will mean that Israel officially recognizes the legal status of those who receive the permits. A similar concession was granted for 4,000 PA Arabs in October, enabling the recipients to obtain Israeli work permits and to travel, among other legal-related activities.

In addition, Gantz approved the addition of 600 businessperson permits, 500 permits for businesspeople to enter Israel with their vehicles, and dozens of VIP permits for senior PA officials.

It’s not clear what concessions Israel received from the Palestinian Authority if anything. Terrorist attacks against Israelis in Judea and Samaria are on the rise; earlier this month, a 25-year-old yeshiva student was murdered in a drive-by shooting attack near the northern Samaria community of Homesh. Two other yeshiva students were wounded in the attack. 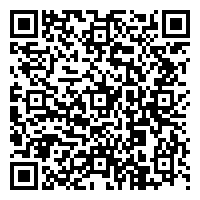