Egypt has strongly condemned what it called a “recent Israeli escalation” in Palestinian Authority territories, according to a report Sunday by the Al Ahram news outlet, a mouthpiece for Cairo.

The news outlet also claimed that “settlers” were “storming Al Aqsa Mosque” under the “protection of Israeli police.”

The news outlet quoted a report by the Palestinian Authority’s official WAFA news agency that said “dozens of Israeli settlers also stormed the mosque on Sunday, which marks the second day of the holy month of Ramadan, under heavy police protection.”

For those unfamiliar with local colloquial terms, “settlers” refers to any Jewish person, “storming” means visiting, and “heavy police protection” means the standard Israeli police deployment at the Temple Mount compound, which rarely refrains from arresting any Jew at the site who moves his lips or even appears to fantasize about praying there. Only Muslims have that freedom at the Temple Mount, considered one of the holiest sites in the Jewish faith, and third-holiest in Islam.

Egyptian Foreign Ministry spokesperson Ahmed Hafez warned in a statement that “slipping into cycles of violence that preclude the desired stability and perpetuate the climate of tension” would only lead to “more mutual escalation.”

He called for stopping “any practices that violate the sanctity of Al Aqsa Mosque and other religious sanctities as well as the identity of East Jerusalem city.”

The claim of “escalation” comes the day after the start of the Islamic holy month of Ramadan, during which terrorist attacks on Israelis increase dramatically, and a visit to the Temple Mount last Thursday by Knesset member Itamar Ben Gvir, which the Egyptians called “a clear act of provocation.”

This weekend, nearly 400,000 Muslim worshipers were expected to ascend the Temple Mount to pray at Al Aqsa.

The statement also followed an IDF-Shin Bet operation one day earlier that eliminated a Palestinian Islamic Jihad terrorist cell while on the way to carry out a major attack. A fourth member of the cell was captured alive and arrested.

Four Israeli special ops soldiers — including a senior officer — were wounded in the operation.

“Egypt has repeatedly condemned the Israeli unilateral measures in Palestine, including attempts to evict Palestinians in Sheikh Jarrah and plans to build new settlements in the occupied West Bank,” Al Ahram wrote.

The news outlet — and the Egyptian government — appear oblivious to the fact that an Israeli Supreme Court — after years of legal cases, appeals, arguments and decisions — ruled that the relevant Arab families in the Jerusalem neighborhood of Sheikh Jarrah (Shimon HaTzaddik) would have to leave the Jewish-owned properties in which they have been living without paying rent, for decades.

Moreover, Israel has not only not built any new communities in Judea and Samaria — which Egypt continues to refer to, erroneously, as the “occupied West Bank” — for years, but has also imposed another de facto construction freeze on building within existing communities for such things as kindergartens to accommodate a town’s increased child population, libraries, and even private driveways or pergolas.

“International parties are exerting tireless efforts to revive the negotiations path (for the ‘two-state solution’) between the Palestinian and Israeli sides,” the news outlet added. 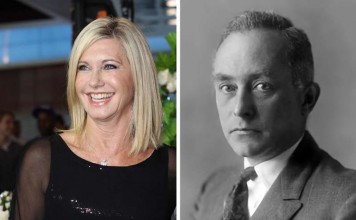