If Palestinian Authority elections were to be held this week, Gaza’s ruling Hamas terrorist organization would win another landslide victory similar to that in 2006, the last time elections were held.

In a survey this month on the eve of the PA elections that polled 1,056 people in Gaza between April 19 and April 22, the Atlas Center for Research found that once again, Hamas would seize control of the government — at least, in the enclave.


The findings of the survey, translated by Abu Ali Express, show that Hamas is nearly twice as popular as Fatah, regardless of which Fatah official is running.

In a vote for the Palestinian Legislative Council, the results were clear:
Hamas – 32.4%
Fatah – 17.2%
Dahlan – 12.9% (Mohammed Dahlan, exiled Fatah strongman who lived in Gaza)
Barghouti – 8.6% (the candidate here is the wife of Tanzim terrorist Marwan Barghouti, on the “Nasser Al Qaeda” list. Marwan Barghouti is serving several life sentences in an Israeli prison)

Abbas Curses World Powers
Palestinian Authority leader Mahmoud Abbas made news earlier this month in a Fatah Central Committee meeting when he let loose a ferocious stream of curses in response to a request for a “message to China” on the 100th anniversary of the Chinese Communist Party.

“F**k the *** of China!” Abbas yelled. “Okay?” Taking a breath, Abbas then continued shouting, “And Russia. And America. And all the Arabs! What’s wrong with you? You can all go to hell!”

It’s not clear whether the string of curses was a new behavior, or simply one in a years-long litany finally leaked to the world. If new, it may spark questions about his cognitive status within the circle of high-ranking Fatah officials at a time when such questions could be deeply inconvenient.

Abbas Again to ‘Postpone’ PA Election, Blame Israel
Abbas allegedly plans, as before, to backpedal on his most recent promise to hold “national” elections after a 15-year hiatus, both for the Palestinian Legislative Council and for his own position — despite the expressed “strong refusal” by Hamas to allow another delay.

The Palestinian Authority leader this week told the European Union, Egypt and Jordan that he had decided to postpone the elections, again using the excuse that Israel will not allow Arabs living in Jerusalem, the Israeli capital, to vote in the polls, scheduled for May 22 (legislative) and July 31 (presidential).

“No elections without Jerusalem,” Abbas has maintained. “Jerusalem is a red line. We won’t allow anyone to harm it,” he said Sunday night during a meeting of the Fatah Central Committee in Ramallah. At the meeting, Abbas said the Arab residents of Jerusalem with and without Israeli-issued ID cards should be allowed to run and vote.

“The elections should take place in Jerusalem, our eternal capital, and its people should be allowed to present their candidacy, vote and hold electoral campaigns,” the Fatah Central Committee in a statement released after the meeting.

“Failing to hold the elections in Jerusalem means returning to the ‘Deal of the Century’ [former US president Donald Trump’s plan for Middle East peace],” which Abbas categorically rejected, sight unseen, even before it was made public during the Trump Administration.

Abbas Has Other Reasons for Blocking Elections
But Abbas has other, more important reasons for delaying the vote: the polls have made it obvious that Hamas will instead win control of both the legislative council, and the leadership itself.

There has been no election since 2006, when the vote for legislators resulted in a landslide victory for Hamas. The terrorist organization seized control over Gaza the following year in a violent coup.

The leadership of Fatah, Hamas, Islamic Jihad and other factions in the Palestinian Authority are all slated to meet this Thursday to make a final determination on whether to move forward with the elections.

The various factions of the Palestinian Authority reportedly may make another attempt to form a unity government if elections are canceled. However, every such attempt to date has failed when Hamas is required to relinquish control of its arms and/or security.

Abbas Running Out of Time
This time around, if elections are not held, Abbas may also be forced by his own faction to at least designate an heir to the office.

Currently age 85, Abbas has for years struggled with obesity and a heavy smoking habit. Earlier this month, he flew to Germany for a medical checkup. His office said following the trip that Abbas was “in good health.”

The PA leader has had several health scares, including heart problems, prostate cancer and pneumonia. Abbas flew to Baltimore, Maryland in February 2018 for a biopsy and other health exams that were carried out at Johns Hopkins University Medical Center. He was hospitalized that same year for pneumonia. 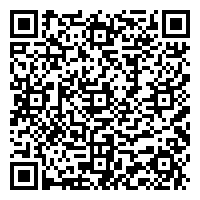