In the 15 years since Hamas seized control of Gaza, 12 percent of the Strip’s population has fled, according to a study released by an organization associated with the terror group. The report appears to mark the first time Hamas is acknowledging — indirectly — widespread Gazan emigration since it violently seized control of the Strip in 2007.

The report, written by the Hamas-affiliated Council on International Relations, was published in September and recently seen by the Tazpit Press Service. It claims that over 60,000 Gazan residents have migrated from the Gaza Strip in recent years to escape poverty and war.

The CIR report blamed Israel’s blockade of Gaza for the Strip’s poverty driving Gazans to flee. Israel and Egypt imposed a blockade on Gaza in 2007 to prevent weapons smuggling.

The Strip has seen several waves of immigration due to dire unemployment rates, growing poverty, sanctions imposed by the Palestinian Authority, and rounds of conflict with Israel. The CIR did not acknowledge Hamas’s authoritarian rule as a contributing factor.

“Gaza is being emptied of its residents,” the authors of the report said.

The Palestinian Authority has no data on the scope of migration from the Gaza under Hamas rule. Till now, Hamas hid the data, making accurate numbers difficult for human rights organizations to gather. The CIR’s chairman of the board is Basem Naim, who is also a senior figure in Hamas.

Various estimates in the past year shed some light on the Gaza exodus.

Between 2007-2021, approximately 236,000 Gazans left the Strip, the Palestinian Authority’s official news agency, WAFA, reported during the summer. That number is also about 12 percent of the total residents of the Strip.

Based on those numbers, it appears that an average of around 17,000 Palestinians have left Gaza every year since 2007.

Gaza’s unemployment rate stands at 74%. Those who manage to find a job earn an average yearly salary of $250. That puts 80% of Gaza’s population under the poverty line. The CIR report also noted a significant increase in suicide among youth.

The motivation to emigrate is very strong and a 2019 survey conducted by the Palestinian Central Bureau of Statistics revealed that 37% of young people in Gaza want to emigrate. “Gaza is turning into a swamp of the desperate and the poor,” an Arab researcher told TPS. “Those who can leave, leave.”

Some Gazans depart for medical treatment without returning. Others pay bribes of thousands of dollars to Hamas police at the Rafah border crossing with Egypt.

Sums as high as $10,000 dollars and more are paid to smugglers who take Gazans by boat to Spain via Egypt and North Africa, or to Greece or Turkey, which are closer.

Turkey is popular destination because the cost of a visa is only $150 and Turkey has a large PA Arab community of around 30,000. It is estimated that 30% of Gaza emigres arrived in Turkey, even though PA Arabs hold a passport that allows them to enter 37 countries without a visa.

The trips are fraught with danger. Since 2014, more than 360 PA Arabs have drowned in Greek and Turkish waters. 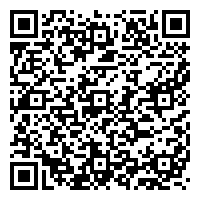