President Isaac Herzog and his wife Michal was welcomed on Sunday to the Al-Qudaibiya Palace in Manama in a State Welcoming Ceremony with an honor guard, with the national anthems of both countries played, after which he met with King Hamad bin Isa Al Khalifa of Bahrain.

Herzog gave the king a silver mezuzah with a design inspired by the crowns of the Torah scroll. A mezuzah is traditionally given as a statement of good will and desire for the recipient’s wellbeing, the president’s office said.

Herzog said at the start of the meeting, “You are at the forefront of making history in the region, where Jews and Muslims can dwell together, the sons of Abraham, and move forward in peace,” Herzog said.

Speaking in Arabic, King Hamad said in his response that his government is “confident that this visit has an important role in consolidating relations between our two countries.”

He also emphasized, however, Bahrain’s firm support for “achieving a just, comprehensive and sustainable peace that guarantees the legitimate rights of the Palestinian people and that will lead to stability, development and prosperity for both the Palestinian and Israeli peoples, as well as all peoples of the region.”

The king did not, however, say anything about a Palestinian state.

Among those in the meeting were Eitan Naeh, Ambassador of Israel to Bahrain; Ebrahim Nonoo, chairman of the Board of Trustees of the local synagogue, who is recognized by authorities as the representative of the Jewish community; Houda Nonoo, former Bahraini ambassador to the United States, and the first Jew in the role; Aby Nonoo, businessman; Nancy Khedouri, a member of the Bahraini Shura Council and Bahrain’s representative to the World Jewish Congress; and others.

At the start of the meeting, the community presented Herzog with three gifts of historic value: a Farhi prayerbook with an Arabic translation, a book detailing the history of the Bahraini Jewish community, and a copy of the permit to establish the local synagogue in 1931.

Herzog said in his remarks, “This is really history in the making, coming and visiting the Jewish community in Bahrain, when we have such incredible peace and wonderful relations with His Majesty the King.

“We all spent time together at lunch and you can see the great affection and respect between the leadership and our nations… One thing that transpired in our discussion was the immense respect of the King and his family for the Jewish community of Bahrain.” 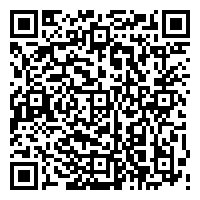