A terrorist approached the northern Gaza Strip border fence Wednesday morning and threw grenades at an IDF force. The soldiers responded with gunfire and arrested the offender. The grenades did not explode and there were no casualties. The terrorist, who carried a knife and a wire cutter on his person, was transferred to security forces for questioning.

A ceasefire agreement was reached Tuesday between Hamas and Israel, with the support of Ministers Liberman, Bennett and Shaked, although the DM denied reports of his supporting the deal. His office issued a statement saying: “The briefings regarding Defense Minister Avigdor Liberman’s alleged support for stopping the attacks in Gaza are fake news. The defense minister’s position is consistent and has not changed.”


Which is somewhat confusing, considering the fact that there is a ceasefire currently between Hamas and Israel, and the fact that Liberman is in charge of enforcing it.

Tuesday night, at the end of the fighting in the south, the Home Front Command announced the lifting of all restrictions on civilians staying in open areas or near sheltered areas in the communities surrounding the Gaza Strip.

Haaretz cited a diplomatic source who said the understandings reached between Israel and Hamas on the ceasefire constituted a return to the agreements reached in 2014 after Operation Protective Edge.

According to the IDF, since the escalation began on Monday, some 460 rockets and mortar shells had been fired into Israel from the Gaza Strip, and more than a hundred of them were intercepted by the Iron Dome system. Each Tamir missile interceptor launched by the Iron Dome costs around $100,000, putting the cost of fire exchange of the past two days at $10 million.

Could have given the money directly to the Hamas to pay their needy employees.

The IDF attacked more than 160 targets, including structures belonging to Hamas and Islamic Jihad. Countless dunes along the Gaza Strip beaches and inland were decimated as well.

In Ashkelon, a 48-year-old Arab worker from the Hebron area was killed by a rocket that demolished a residential building, and two women, one of them his wife, were seriously and critically injured respectively.

Defense Minister Liberman announced Tuesday night that a special meeting of the Yisrael Beiteinu faction was scheduled for 1 PM at the Knesset, at the end of which the DM would deliver a special statement to the media. Rumors suggest he plans to resign.

Finally, in case you were curious: Ismail Haniyeh is still alive. 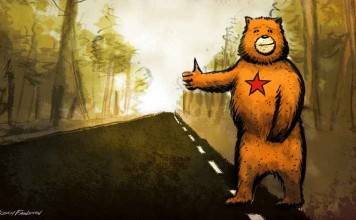 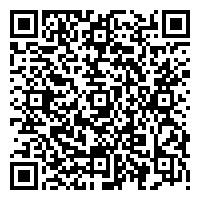