The guns, manufactured by a civilian company, generate frequencies that disrupt and take over the radio-controlled aircraft. The gun has already undergone successful testing and is being sold on the open market.

The decision to purchase and issue the guns followed a string of attacks that used explosives-bearing drones against IDF troops on the Gaza border. Recently such a drone dropped its charge next to an IDF tank by the border fence. No one was injured and there was no damage to the tank, but this could change should the other side use heavier charges.

The newspaper cited sources in the southern command and the Gaza division that say Hamas and the Islamic Jihad are constantly upgrading their weapons to inflict damage and loss of life inside Israel. Unlike the incendiary balloons and the explosives-carrying kites Gaza terrorists have been using, the drones are able to reach deeper inside Israeli territory and move a lot faster. 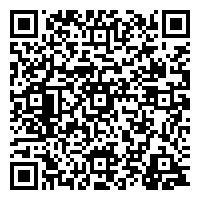