A terrorist/”engineer,” 24, belonging to the Jerusalem Battalions of the Islamic Jihad in the Gaza Strip, died overnight, apparently the result of a work-related accident, Arab media reported Thursday morning.

According to reports, the “engineer” was preparing an explosive charge which exploded in his hands, wounding him critically. He eventually died from his injuries.

The Islamic Jihad Movement in Palestine (PIJ) is an Islamist terror organization formed in 1981 with the objective of destroying the State of Israel and the establishment of an Islamic Palestinian state.

The group’s last lethal attack took place back in January 2007, when they competed with the al-Aqsa Martyrs’ Brigades for responsibility for a suicide bombing at an Eilat bakery that killed three. On March 26, 2009, two Islamic Jihad members were imprisoned for a conspiracy “to murder Israeli pilots and scientists using booby-trapped toy cars.” Since then the PIJ has mostly participated in futile rocket shooting into Israeli territory. 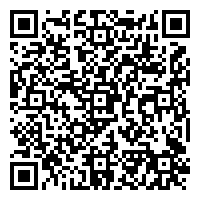