Israel on Wednesday coordinated the transfer of 220 mail bags containing thousands of packages ordered by Gazans from online stores such as “Ali Express” and “Amazon.”


Of these, 167 packages were identified as suspected dual-use products. Authorities seized and confiscated the equipment, some of which is military equipment that can potentially be used for terrorism.

“The cynical attempts by the terrorist organizations in the Gaza Strip to exploit the civilian policy that the State of Israel is leading for terrorist purposes are doomed to failure,” said Colonel Iyad Sarhan.

The IDF views these attempts with severity will “continue to do everything in its power to thwart their intention to harm the security of the State of Israel and its citizens,” he added.

Israel’s combined security agencies have been successful in thwarting thousands of attempts to smuggle illicit materials into the Gaza Strip in the past years. 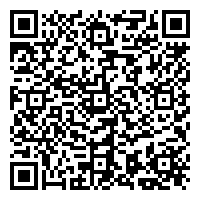