Gunfire from the Gaza Strip on Thursday lightly injured a foreign worker in an agricultural area adjacent to the Israeli village of Netiv HaAsara, which is located close to the northern border with the Palestinian enclave.

The injury was sustained from a bullet ricochet, according to Israel’s Channel 12 and Kan television stations.


The Israel Defense Forces, however, said that nobody was wounded in the incident.

It comes after a senior Hamas figure recently threatened to launch rockets into Israel during the May 29 Jerusalem Day march, although this did not materialize.

Mushir al-Masri, a member of the Hamas parliament in Gaza, said “our missiles” will “take down the [Israeli] flags” traditionally flown on Jerusalem Day, Kan reported at the time.

Also last month, the Israel Defense Forces said its air defenses shot down a drone flying in a suspicious manner over Gaza. 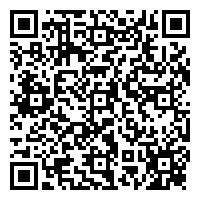