Terror balloons launched by Hamas were responsible for starting at least nine fires in the Gaza Belt region in southern Israel on Saturday alone.

According to Eli Cohen, spokesperson for Israel’s southern district Firefighting and Rescue Division, firefighters were aided by forces from the National Security Agency and the Jewish National Fund (JNF) in fighting the flames caused by the incendiary balloons launched by the terrorists throughout the day.


After nightfall, another incendiary balloon landed near a Jewish community in the Sdot Negev Regional Council district.

A separate balloon, also attached to a Molotov cocktail, started a fire in the western Negev town of Netivot towards the end of the Sabbath. The floating explosive touched down in Nahal Bohu Park, located at the entrance to Netivot. The balloon exploded and ignited a large fire at the park.

“We again turn to the public to act with extreme care whenever suspicious objects are detected, and to call police headquarters,” warned Israel Police in a statement. 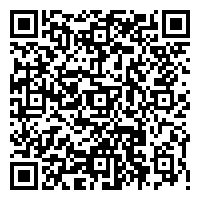