On Monday night at exactly midnight a red alert incoming rocket siren wailed through the Jewish communities of the Gaza Belt region along the Gaza Border, sending families racing for their safe spaces.

Among those whose families were awakened in the cold were the towns of Nahal Oz, Alumim in the Sha’ar HaNegev and Sdot HaNegev Regional Council districts. Security forces are investigating.


Residents reported they heard an explosion in the distance. Local sources say two Iron Dome missile defense interceptor rockets were fired, and one successful interception was made, destroying an incoming rocket.

According to initial reports from security sources, two rockets were fired from Gaza. Security personnel are searching the area to determine the landing site of the second rocket.

No physical injuries or property damage were reported. 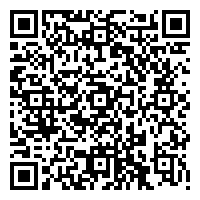