The terrorist group Hamas on Thursday announced the Sheikh Ahmed Yassin Award for Public Freedoms and Human Rights. According to the Hamas website, a large number of Arab officials and society leaders attended the award ceremony.

“The award is aimed at encouraging the culture of public freedoms and human rights among researchers, mainly Palestinians,” Dr Nasim Yassin, a member of the Board of Trustees of the award, said at the ceremony.


Yassin was a founder and prominent leader of Hamas, who was dubbed by Israel the “mastermind of Palestinian terror” and a “mass murderer.” The Israeli government accused Yassin of direct responsibility for a number of terrorist attacks on civilians, and of being behind dozens of suicide attacks by Hamas against Israeli civilians.

Yassin was killed in an Israeli attack on March 22, 2004—hence the award launching on Thursday, 14 years later. While the quadriplegic sheikh was being wheeled out of an early morning prayer session in Gaza City, an Israeli AH-64 Apache helicopter gunship fired Hellfire missiles at Yassin and both of his bodyguards. Before the attack, Israeli F-16 jets flew overhead to obscure the noise of the approaching helicopters. Yassin and his bodyguards were killed instantly, along with nine bystanders. Another 12 people were injured in the operation, including two of Yassin’s sons.

Jack Straw, then the UK Foreign Secretary, said in response: “All of us understand Israel’s need to protect itself – and it is fully entitled to do that – against the terrorism which affects it, within international law. But it is not entitled to go in for this kind of unlawful killing and we condemn it. It is unacceptable, it is unjustified and it is very unlikely to achieve its objectives.”

Which was later balanced out by the American UN envoy John Negroponte, who stated that the US was “deeply troubled by this action by the Government of Israel.”

Maybe give him the first Yassin?

Samaria Rabbi Targeted by Hamas Video: We Continue to Build, Despite your Threats 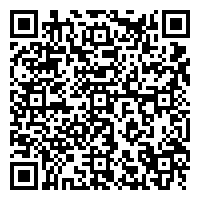