A senior leader of Izz al-Din al-Qassam Brigades, the military arm of the Hamas terror organization, on Wednesday night “succumbed to critical wounds” he had sustained earlier on the same day in a work-related explosion at a “resistance facility” in the southern Gaza Strip.


According to a short obit in Ha’aretz, Abu Anji had escaped three Israeli assassination attempts. Apparently, if you want to get something dome you must do it yourself.

In early May, an explosives expert of the the Islamic Jihad also “succumbed to his wounds” after eight days of suffering from a similar accident. Kamil Taysir Qriqi, 24, died after an accident at a “resistance facility” on April 26. The Islamic Jihad reported that the accident occurred during “preparative works” at the site.

In 2014, Hamas bomb disposal expert Hazem Abu Murad blew himself up. He had a reputation for showing off to the crowds and jumping up and down on bombs he said he disarmed, apparently except for that last one. 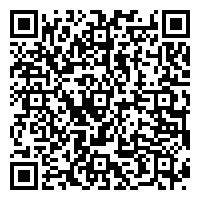